It is what comes naturally: from personal reflection to critical analysis of research 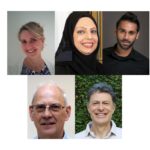 Coaching and coaching psychology are a Western-rooted practice and science. Coaches, mentors, and supervisors in multi-cultural and non-Western contexts may face practical considerations such as how incorporating cultural values like individualism may be inappropriate or even harmful to coachees in more collectivist societies. Currently there is limited research that practitioners can draw on to integrate in to their global practice.

More research is needed to integrate non-WEIRD perspectives in the science that informs coaching industry and training as well as individual practice to more adequately reflect the fact that the majority of the world is non-WEIRD. Practitioners and academics have a contribution to make. Yet, how do we conduct research if research methods are equally WEIRD and research may be difficult to conduct unless research methods account for cultural differences too? How can research be presented in a way that makes it possible for practitioners to understand and integrate it in their daily practice?

This session starts by exploring the challenges of coaching and doing coaching research in non-WEIRD contexts through the practical example of one presenter’s journey from practitioner to researcher in the Middle East. Opening it up to the global experiences of both practitioners and researchers, a panel will discuss:

In breakout room discussions, participants will be invited to contribute to the discussion. The goal is for participants to gain a broader understanding of the practical challenges for coaching and coaching psychology research in non-WEIRD contexts and to get involved in the dialogue for the development of new ways of conducting and integrating coaching research that can truly enhance coaching practice and science every context.

Silvia King is an enthusiastic empowerer of people. She works with individuals and teams to help them flourish through 1-to-1 Positive Psychology coaching and group workshops. Silvia holds an MA/lic.oec.publ. (Business Management) from the University of Zurich and an MSc in Applied Positive Psychology and Coaching Psychology from the University of East London, and is a graduate member of the British Psychological Society (MBPsS). She is accredited by EMCC Global as a coach/mentor at Practitioner level, a certified facilitator for Mindfulness and Emotional Intelligence, EFT Master Practitioner, Laughter Yoga Teacher, and MTa® Experiential Learning facilitator.  She has 20 years’ experience of working in a cross-cultural corporate context. She sees herself as a Positive Psychology life coach with a business edge and an executive coach with a holistic angle. Her publications include peer-reviewed academic journal articles and book chapters. She is a speaker, facilitator, and has presented at several international academic conferences.

Dr Alia Al Serkal joined the Emirates Integrated Telecommunications Company (du) in 2007. She is the Vice-president of People Learning and Growth, and is responsible for developing talent in the organisation, managing executive development programmes, and identifying and assessing successors for critical roles to bolster future success. Before joining du Alia was a Senior Psychologist at Emirates Airline, where she was responsible for assessing airline staff during the recruitment and promotion processes, and conducting psychological evaluations. Prior to her work with Emirates Airline, she had also worked in similar roles at the American University of Sharjah and Rashid Hospital in Dubai. Her interests are Emiratisation, the dark side of leadership, Coaching and Mindfulness, amongst others. Alia holds a PhD in Psychology from the University of Leeds in the UK, a Master of Science in Health Psychology from the University of Stirling in Scotland, a Postgraduate Diploma in Clinical Psychology of the Child and Adolescent from the University of Barcelona in Spain, and a BSc from the University of Wales in Bangor.

Professor David Clutterbuck David Clutterbuck is one of the early pioneers of developmental coaching and mentoring and co-founder of EMCC Global and is currently one of the EMCC Global Special Ambassadors. Author of more than 70 books, including the first evidence-based titles on coaching culture and team coaching, he is visiting professor at four business schools. He leads a global network of specialist mentoring and coaching training consultants, Coaching and Mentoring International.

Professor Philippe Rosinski is considered the pioneer of intercultural and global coaching. He is the author of two seminal books, Coaching Across Cultures and Global Coaching. For almost 30 years and across continents, Philippe has helped people and organizations thrive and make a positive difference in the world. Philippe is a world authority in executive coaching, team coaching, and global leadership development. He has also developed an integrative coaching supervision approach.  Philippe is the principal of Rosinski & Company, a consultancy based in Belgium with partners around the globe, and a professor at the Kenichi Ohmae Graduate School of Business in Tokyo, Japan. He intervenes in several other academic institutions including HEC Paris and the University of Cambridge. He is the co-author of several books including Evidence Based Coaching Handbook and Mastering Executive Coaching, and the author of the Cultural Orientations Framework (COF) assessment. A Master of Science from Stanford University, Philippe has received numerous awards including the Thinkers50 Marshall Goldsmith Leading Global Coaches Award (2019) and has been listed among the Global Gurus Coaching Top 30 (2021).